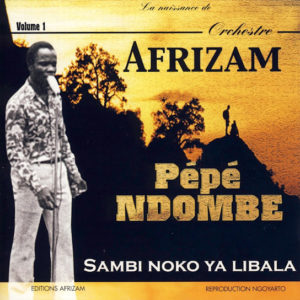 A variety of songs from the 50s to recent years. 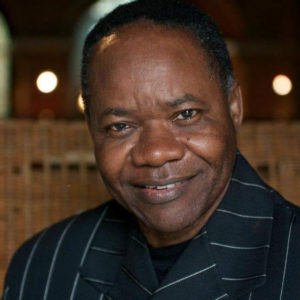 This Sunday on the Ambiance Congo radio show, I will be featuring the voice and compositions of Laurent Nyboma Mwan Dido.
From African All Stars to Four Stars to Kekele to Lipua Lipua. Plus his voice with that of his dear friend Pepe Kalle and more.
Born in December 0f 1952, Nyboma started his musical career at age 19 with Orchestre Baby National and then a brief time in Orchestre Negro Succes, but his fame grew in the early 1970s when he joined orchestres Bella Bella, then Lipwa Lipwa , Kamale, African All Stars and more.
He’s probably best known in USA for his work with Les Quatre Etoiles or 4 Stars, a super star group that exploded onto the international market in 1983 and kept making records into the 90s.
You’ll hear a great singer bring it to a variety of songs with different rhythms and orchestration. You’ll also hear him sing with some of the masters of Congolese guitar. Something for everyone from an unassuming master vocalist and a treasure of our time who is still making and recording music today.
Do you like what you’re hearing? PLEASE consider making a donation today to keep WRIR in your life!
DJ Daudi’s playlist: 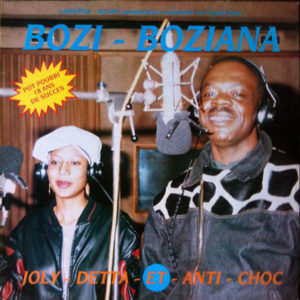 Let’s start with an amazing piece of music from l’Orchestre Somo Somo in 1976. Vocals by the great Youlou Mabiala, guitars by Mose Se Sengo (Fan Fan).

And it just keeps coming for the next two hours, a lot on original vinyl like the Anti-Choc album shown above.

We have other stations around town that play “all the hits from the 70s to today”, but you’ll see that they’re just missing out…You’ll only hear it here on WRIR! 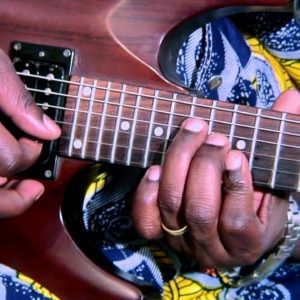 It’s time for another program where I feature a few of the very many extremely talented and innovative solo guitar artists of Congolese popular music.

I may omit some of your favorites as no one can pack a representative song from all the greats into a mere two hours.

This is at least the fourth or fifth time I’ve featured the guitar. I keep doing it because the guitar has, sadly, become a lowly background instrument in so much contemporary music replaced, like drums and even voices by keyboards and electronic sounds.

I’m doing a bit of digging to find great guitar music from this modern age. I’ll try to represent some in the future. 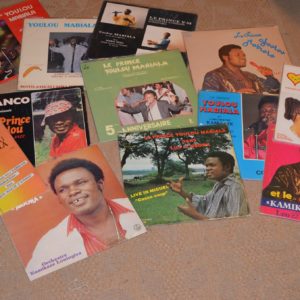 He served as a singer and composer with Franco and T.P. O.K. Jazz until 1977 and started his own illustrious career.  With his band Kamikaze Loningisa, he produced many fine albums into the 1980s.

Today on Ambiance Congo, we’ll hear the full version of  JE SIUS ENCORE JEUNE, a song appropriate to the week. The song is featured on the green cover 5eme Anniversaire album seen in the center of the photo above. 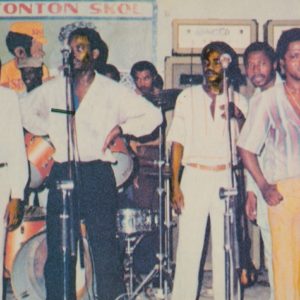 In 2014, some 25 years after Franco’s passing, his family reissued some songs on an album subtitled: :Les Inedits de Franco”. These “unpublished” songs include the beautiful BONDOKI (VOL. I & VOL. II).

Today, we start with that one.

As you can see from the image above, you”ll also get some Zaiko Langa-Langa for your Sunday listening pleasure.

I’ll also have more great classics and new music for you. 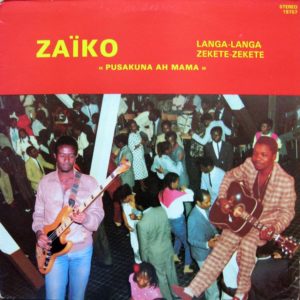 Don’t you love this album cover from 1984? Wait until you hear the music!

We start with a new one from Viva la Musica de Papa Wemba, Then I’ve had requests to hear songs with the guitarist Jean-Paul Kilosho so I have a few of those for you starting with an unreleased song recorded in Europe in 2003 and remastered in 2017. We can thank the producer for this nice one!

All kinds of great Congolese music for you. I may even squeeze in a song form the new album of ZAO (Casimir Zoba). 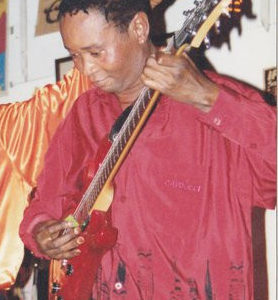 Today we start with some music from independent artists who put together session groups or led sessions by existing bands.

Session guitarists rule these bands and there have been few session guitarists as prolific or as widely traveled as the late Nene Tchakou. We’ll hear a lot of songs from bands to which he contributed, from Minzoto Wella-Wella to Soukous Stars.

Your host has been exposed to Covid, so to protect my fellow DJs and WRIR volunteers, I will not be presenting a live program from the studio this time.

Please enjoy a rebroadcast of the first show of 2021.

The track list will be added here after the show.

Thank you for your support and I’m looking forward to being back for another great year with more great music!