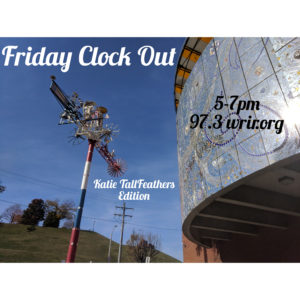 Get the Clock Out of Work!

Tall Feathers here. I am filling in for Phil D!

I am mostly playing musicians he recommended. With a small blend of my own add-ins.

I hope you enjoy!

Let’s have this FRIDAY

Let’s get on the road and go! Friday Clock Out!